Wasps zoom in on metal contamination

Wasps are often viewed as pests but they can play a huge role in the ecosystem, from pollination to being a link in the food chain. North-West University (NWU) master’s student Yasfir Tarif Nadat is now undertaking a study to show how wasps can be indicators of pollution.

His study is inspired by a paper he and a team of researchers from the NWU, Linköping University and the University of Zimbabwe worked on. The team included Prof Henrik Kylin, Dr Rudo Sithole, Velesia Lesch and the NWU’s Prof Henk Bouwman.

In their paper titled “The wasp as a terrestrial indicator of environmental metal composition: Evidence from Zimbabwe”, the team explored metal concentrations in wasps from four sites near Harare, Zimbabwe.

They found elevated concentrations at two sites believed to be polluted – a platinum mine and a lake located near a metal‐enriched geological feature, the Great Dyke.

Only wasps from the two apparently polluted sites had quantifiable metal levels. Wasps from those sites had significantly higher concentrations of most metals compared to wasps from the reference sites, an urban site in Harare and a nature reserve, suggesting pollution as the source.

However, geology differed between the sites so it is probable that geology and pollution contributed to the differences in metal concentrations.

Birds may be the missing link

Because wasps form a complex part of the food web and ecology, studies on the transfer of metals to wasps are needed. Some birds specialise in feeding on insects falling in the order hymenopterans so further studies are essential. Given the rich diversity of wasps, comprising more than 145 000 species worldwide occupying different trophic levels, they have the potential to join other invertebrates as terrestrial indicators.

Working under the watchful eye of Prof Bouwman, Yasfir is taking the study further. The 36-year-old who is studying towards a master’s in zoology, is originally from Zimbabwe and will be collecting wasps from various sites and analysing different metals in them.

"I have always been a naturalist. There was an instance where I was spider-hunting and a spider dropped on my head; this was my Newtonian moment. From then on I was fascinated by these intriguing animals," he reveals.

Although he has always had an interest in wasps, his passion was further fuelled after a second-year entomology module.

"I realised I could make my passion part of my career. I soaked up anything waspish including related books and worked voluntarily at Iziko Museum in Cape Town under the tutelage of my hero, Simon van Noort. I learnt valuable information about the identification of wasps and how to curate a collection,” he says.

Yasfir also took a job as an applied entomologist working at the plant protection unit based at UCT, learning about minute wasps used for biocontrol.
"I took a hiatus from my studies to pursue other endeavours but remained observant and interested in wasps, keeping an eye on the literature. I returned to academics and wasps, and I was fortunate to meet Prof Bouwman who led me to the path I am on now."

Originally Yasfir thought wasps could only be used in biocontrol, but then he realised that there were new, exciting routes he could follow. 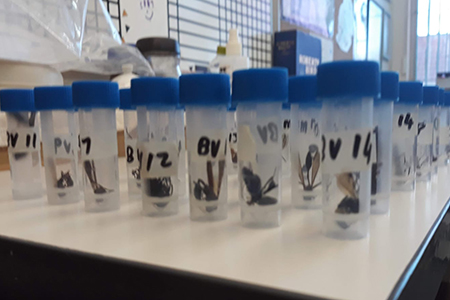 Wasp samples Yasfir Nadat has collected for his study. 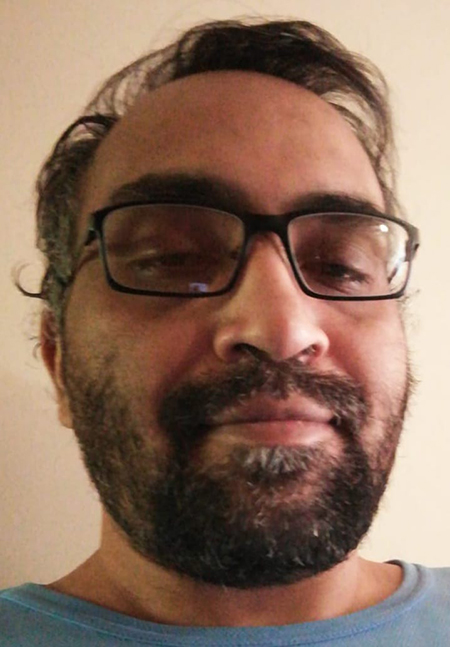 NWU student Yasfir Nadat has undertaken a study on how wasps can be indicators of pollution.