There are loose forwards blessed with the flair and razzmatazz reserved for their much more flamboyant brothers in the backline. They are the Kwagga Smiths and Bobby Skinstads who can step and swerve with the best of them. They have a deceptive turn of space and silky hands, and they know how to execute those deft touches that open up defences.

Then there are the often unheralded workhorses. They are the unrelenting diesel engines who apply all their torque at the breakdowns, who smash into opponents with reckless abandon for their own well-being. Think André Venter and Corné Krige. Jeandré Rudolph falls into the latter category.

Rudolph will forever be remembered as the first captain of the North-West University (NWU) to hoist the Varsity Cup trophy. On that glorious night of 11 April 2016, Rudolph and his men survived onslaught after onslaught and dished out attack after attack to win 7-6 after nearly 10 minutes of overtime.

Rudolph would continue to lead the side for three seasons.

He subsequently joined the Pumas, which he also captained on occasion, and was loaned to the Bulls for the 2020 Super Rugby tournament, which came to a halt due to the Covid-19 pandemic.

In November 2020 he signed a two-year deal with the Cheetahs, and boy, has he made the most of his chances in Bloemfontein! The 26-year-old was superlative in the Currie Cup. He has been everything from a monster in the contact, menacing on defence and a marauder at the breakdown. He has been uncompromising in his approach, with every sinew of muscle and fibre at his disposal being used to either generate forward momentum or to halt the advance of the opposition. Praise abound, and with good reason.

Now the professional players’ organisation MyPlayers has nominated Rudolph as one of their Defenders of the Year and as Forward of the Year. It is a testament to a man who has made the most of his talents.

He may not have all the flair in the world, but there is no substitute for thunder. 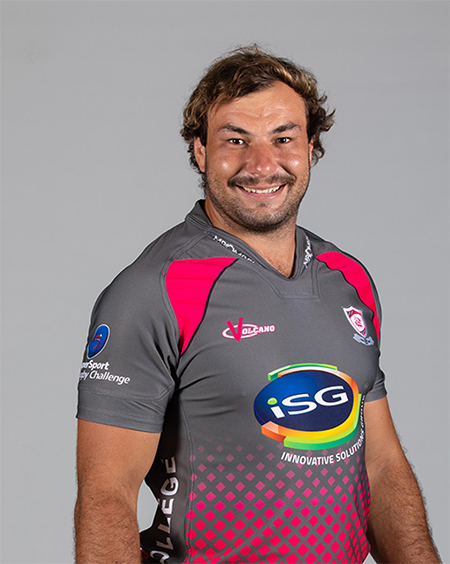