Research looks at how interpretation affects Bible reading in Africa

The way in which Scripture is read and interpreted has a major effect on what people read in the Bible. This also determines their approach to concerning and topical issues with which the faithful struggle.

“My research is aimed not at asking what the Bible says about it, but at determining how the way in which you read and interpret the Bible – therefore your hermeneutics – affects what your read about it in the Bible.”

Prof Nel is with the Unit for Reformed Theology and the Development of the South African Society in the Faculty of Theology on the Potchefstroom Campus.

He explains that he has developed a model for an African Pentecostalist hermeneutics. This model is based on the unique Pentecostalist culture or ethos, and in reaction to the literal way in which many Pentecostalists read the Bible.

His research has expanded to five themes: pacifism, the doctrine of the last days (eschatology); LGBTIQ+ issues; prosperity theology (popular among Neo-Pentecostalists); and the reconciliation of suffering with a good and almighty God (theodicy).

“Pacifism was strongly promoted by early Pentecostalists and refers to a resistance against that which deserts principles. The later Scriptural usage changed views in this regard so that they supported political systems – often without criticism.”

Prof Nel says that by reading the Bible almost fundamentalistically, the texts of violence that reflect Israel’s ideology of domination in Canaan are applied to modern Christians’ lives and situations.

“The finding is that when biblical demands are read from the charismatic experience of encounters with the Spirit of God, pacifism becomes a demand that reflects the heart of the gospel (and of God of the cross).”

His finding on the doctrine of the last days was that the language in which New Testament writers talk about the second coming of Christ is often metaphorical and symbolic, and therefore cannot be interpreted literally.

The issue of LGBTIQ+ is very relevant in Africa, where discrimination and hatred towards people with alternative sexual orientations are still widespread. “Many Pentecostalists reject alternative sexual orientations and regard this as sin. They justify their views by focusing on the few references that occur in the Bible without taking major cultural differences in this regard between ancient and contemporary times into account.”

Prof Nel found that the church has no reason to deny LGBTIQ+ people the gatherings of the faithful. “The call to love people resounds much louder than the Old Testament demand that such a person be rejected.”

Prosperity theology represents the independent church movement and is based on the Deuteronomistic historical writings in the Bible books of Deuteronomy, Joshua, Judges 1 and 2, Samuel 1 and 2, and Kings in particular.

“It relates the history of Israel according to a pattern, on the basis of the formula: if you do what pleases God, you prosper; if you do not do this, you deserve the pain and misery you experience.

“The aim of the historical writings was to explain why Juda was banned as a result of unfaithfulness and the serving of idols. Applying the same principle to the contemporary church leads to you implying: because I serve God faithfully, I am healthy and rich, I always prosper, and I have clever children who achieve well.”

Prof Nel says that an astounding number of Christians in Africa follow this doctrine, despite the fact that most of them live in poverty. His finding is that the formula is not sustainable, given the rest of the biblical testimony and the existential experiences of the faithful.

He says the tone of the most common concerns of Christians is how you can reconcile suffering with a good and loving God. “Many Pentecostalists use the principles of prosperity theology and then conclude that if things are not going well, and you are not healthy and prosperous, then it is because you sinned and God is punishing you, or because God is disciplining you.”

His finding in theodicy is that God reveals Himself as the God who is interested in people as individuals, but who He is, remains a mystery to us. Christians live with the expectation of a new earth where the place where God lives (heaven) will be in their midst and God will govern, and God will dry all their tears because death and the brokenness that characterises creation will be destroyed. In the meantime, the faithful give substance to their prayer for the rule of the King to commence by giving food and blankets to hungry and poor people. 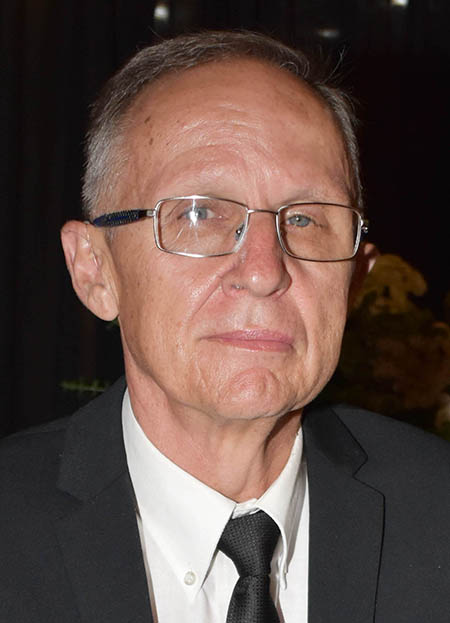 Prof Marius Nel, research chair in Ecumenism: Pentecostalism and Neo-Pentecostalism was named the most productive researcher at the annual NWU research awards for three consecutive years (2017-2019).