Athletes from the North-West University (NWU) had a stellar showing at the recently held CAA African Athletics Championships in St Pierre, Mauritius. It is the third time Mauritius has played host to the event after the 1992 and 2006 competitions had been held there.

The event, which took place from 8 to 12 June, saw South Africa bag 36 medals – the most since 1993. This mammoth tally saw South Africa finish second overall behind Kenya, although the Kenyans bagged only 23 medals. 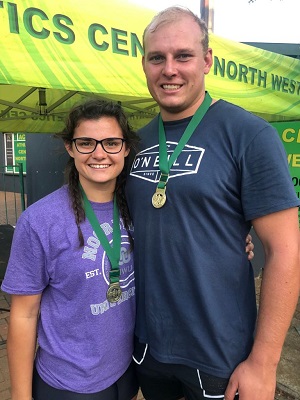