The North-West University (NWU) Council appointed Prof Sonia Swanepoel as the new deputy vice-chancellor for Community Engagement and Mahikeng Campus Operations during its meeting on 18 November. She will serve a three-year term.

As an industrial psychologist, Prof Swanepoel has extensive knowledge and experience in various areas of teaching and learning, research and innovation, community engagement and management.

She has been serving as acting deputy vice-chancellor for Community Engagement and Mahikeng Campus Operations since May 2021.

Before joining the NWU 11 years ago, she was a consultant for Synergy Labour Consulting and held various positions at the Tshwane University of Technology, including that of dean and head of department.

She was also a lecturer, senior lecturer and principal at Technikon Pretoria from 1982 until 2003.
Prof Swanepoel holds BCom and BCom Hons degrees in Personnel Management, and MCom and DCom degrees in Human Resources Management from the University of Pretoria.

She was the chairperson of the higher-education committee of the South African Board of People Practices (SABPP) from 2011 to 2015. In addition, Prof Swanepoel was a SABPP board member until 2015 and is a chartered human resources professional of this organisation.

Prof Swanepoel has presented many articles at conferences and published various articles in accredited journals, as well as in other journals and reports.

Through her guidance and mentoring, nine students have obtained their PhD degrees and 16 their master’s degrees.

The NWU Council congratulated her on her appointment and expressed full confidence in her ability to lead the NWU’s Mahikeng Campus and, as part of the executive management team, the broader university, to even greater successes. 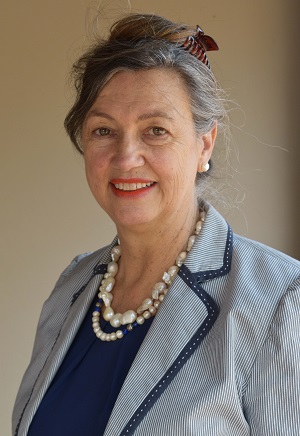