During its meeting on 23 June 2022 the North-West University (NWU) Council elected a new chairperson and deputy chairperson.

Mr Bert Sorgdrager, a seasoned legal professional with more than 30 years’ experience in the private sector, was elected as the sixth chairperson of the NWU Council. Mr Obakeng Mongale, an experienced public servant and the current superintendent general for the North West Department of Health, will serve as deputy chairperson.

This follows the resignation of the previous chairperson, Dr Bismark Tyobeka, who has since been appointed principal and vice-chancellor of the NWU.

“I am proud to continue serving my alma mater and consider it a privilege to be looking after the interests of the NWU, both currently and in the future,” says Mr Sorgdrager. His association with the university goes back to his enrolment in 1977 for, and his completion of the BJuris (1979) and LLB (1981) degrees at the then Potchefstroom University for Christian Higher Education, now the NWU.

Mr Sorgdrager, currently an attorney at Van Deventer Dlamini Inc, previously served the NWU Council as acting chairperson and deputy chairperson. He has been a Council member since 2017 (elected from the ranks of the Convocation) and has been a member of the executive committee of the NWU Council since September 2018.

Mr Sorgdrager spent most of his career in banking, specifically at Nedbank, where he served as legal adviser and also held various management positions in risk management.

Mr Mongale is also a proud alumnus of the NWU, having obtained a Postgraduate Diploma (PGDip) in Management, and a master’s degree in Industrial Psychology. He holds an honours degree in Industrial Psychology and a bachelor’s degree in Administration from the former University of Bophuthatswana, now the NWU. He is an Oliver Tambo fellow (Postgraduate Diploma in Health Management) at the University of Cape Town (UCT).

Mr Mongale is currently studying towards a master’s degree in Philosophy in Conflict Transformation at the Nelson Mandela University.

“I am honoured to serve as deputy chairperson and am committed to fulfilling this essential role in the Council.” His previous experience includes serving on various Council committees such as the executive and tender committees, as well as on the medical school task team and the extended exco. He became a Council member in 2017 after being appointed as ministerial representative and started serving his second term from September 2020. 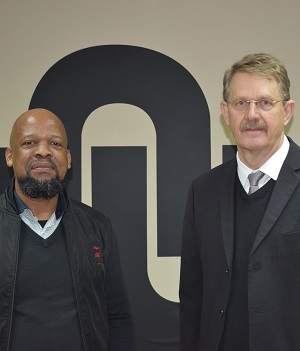