Chromium from mining activities has been found in high concentrations in plant species commonly grown in household gardens in Sekhukhuneland, Limpopo, representing a potential health hazard.

These are some of the findings of Sutapa Adhikari, a doctoral student from the North-West University (NWU), who has been studying the contamination of food and medicinal plants by chromium (Cr) and platinum mine dust in Sekhukhuneland.

Her study was focused on the marginalised people living in the polluted areas, where she ultimately hopes to apply the NWU’s expertise to the benefit of this rural community.

In her study, Sutapa specifically targeted 16 useful plant species commonly grown in home gardens or collected from rangelands. Evidence of Cr dust deposition on leaves was found for 67% of the assessed plant species.

Considerable carcinogenic and non-carcinogenic health risks were estimated for both leaf materials for several toxic elements, including Cr. People inhabiting mining localities in Sekhukhuneland are hence exposed to multiple hazardous elements via consumption of contaminated plant leaves, whether washed or unwashed.

“Plant leaves collected in the vicinity of active mines, ferrochrome smelters and tailings should be washed thoroughly with clean water to limit ingestion of dust particles that may contain Cr,” Sutapa says.

“Prolonged ingestion of Cr could induce skin and gastrointestinal problems, and damage the liver and kidneys.”

Finally, she suggests that a greater number of useful plants should be investigated in Sekhukhuneland, especially from polluted home gardens, to ensure their safe use. Nationally, human health risks associated with mine dust polluted plants should be a priority concern. 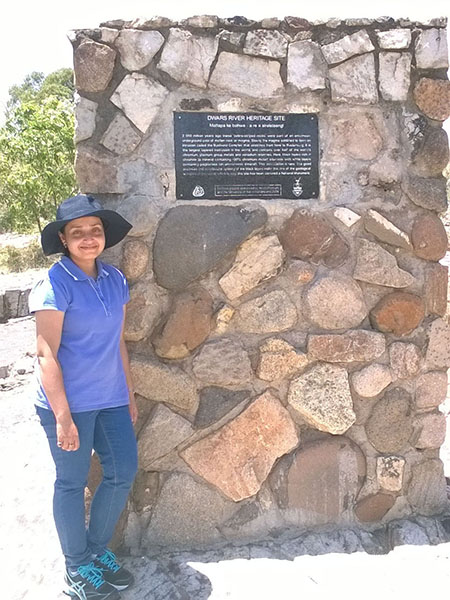