It has been almost exactly two years since a singular talent fulfilled a lifelong promise. On 3 February 2019 Janneman Nieuwoudt Malan made his international T20 debut for South Africa against Pakistan on home soil.

Just 22 years old, the boy became a man. The world had seen its first glimpse of Malan, but at the North-West University (NWU) he was not only well known, but also adored. We’ll get back to that in a second.

A year later he made his ODI debut for the Proteas against Australia, and scored a duck. An unconvincing start to his ODI career if there ever was one. He did, however, make amends in his following outing against the Aussies by smashing 129*. Apology accepted.

The now 24-year-old from Nelspruit has since played three ODIs and five T20s. It is in the shorter forms of the game where his immediate future lies, as he is currently a bit behind in the pecking order for a place in the test squad.

His last ODI was against Pakistan in Lahore on 14 February, where he scored 27 runs – the second most after David Miller’s 85* – for a losing cause.

He has been in sublime form for his franchise, the Cape Cobras, in the 50-over format. On his familiar stomping ground in Potchefstroom he scored an unbeaten 69 for the Cobras against the Warriors, and together with brother Pieter they batted through the innings for a resounding win.

The foundation for his success was laid at the NWU, where he was the university’s undisputed star batsman. During the Red Bull Campus Cricket World Final in Colombo, Sri Lanka he was the top scorer with 259 runs. Not only was this the most runs scored in the tournament, but the NWU would go on to win the event to be named the best university cricket side in the world. He also blasted 13 sixes during the NWU’s 2017 Varsity Cricket campaign, which they won.

Having guided the NWU to university cricket’s most sought-after prizes, he is showing more and more that the same heights await his own career. Pakistan will be touring South Africa in April for three ODIs and four T20s. Malan will be waiting. 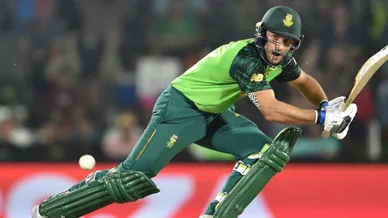