Informal waste reclaimers in South Africa play a key but often unrecognised role in the recycling value chain. Ways should be found to enable them to participate in decisions around waste management practices and community recycling programmes, says Prof Derick Blaauw from the North-West University’s (NWU’s) School of Economics.

For the past 10 years, he has been part of a countrywide study on informal reclaimers’ socio-economic dynamics, vulnerability and contribution to recycling in South Africa. The study involves a team of interdisciplinary researchers from the NWU, the University of the Western Cape (UWC) and the University of Johannesburg. Prof Rinie Schenck, holder of the DSI/NRF/CSIR SARChI Chair in Waste and Society at UWC, leads the team.

Prof Blaauw, one of the principal researchers on the project, says various studies estimate that South Africa has between 60 000 and 90 000 informal street waste reclaimers, landfill reclaimers, neighbourhood reclaimers and bakkie collectors.

They are an important bridge between the municipal service chain and the formal private sector value chain in developing countries, effectively moving “waste” from curbside and landfill into the recycling economy.

According to Prof Blaauw, it has been estimated that waste reclaimers collected 80% to 90% (by weight) of post-consumer paper and packaging in South Africa in 2014.

“The latest estimation, according to the 2021 paper by Prof Linda Godfrey from the Council for Scientific and Industrial Research, is that waste reclaimers were responsible for the collection of 51% of all post-consumer paper and packaging collected in South Africa in 2017. Although the estimates are lower, they are still the major recyclers of post-consumer paper and packaging,” he says.

Despite their major contributions, informal reclaimers are often excluded from decisions on waste management practices, as well as from attempts to engage communities in curbside recycling programmes.

“This often renders these programmes ineffective,” he says. “Informal reclaimers have very little control over the earning potential from this activity. They can control their work hours and try to arrive early on the landfill or streets, but in the end, they are price takers and can only earn in terms of the weight of collectables. Using trolleys is the one thing that enables reclaimers to earn a higher income.”

Their situation could change for the better if informal waste reclaimers had a say in the decisions and management practices on landfill sites.

“Participatory decision-making is a far better option. Furthermore, the role of buy-back centres as the link between the formal and informal recycling sectors is also often overlooked in policies and action plans pertaining to recycling in general.” 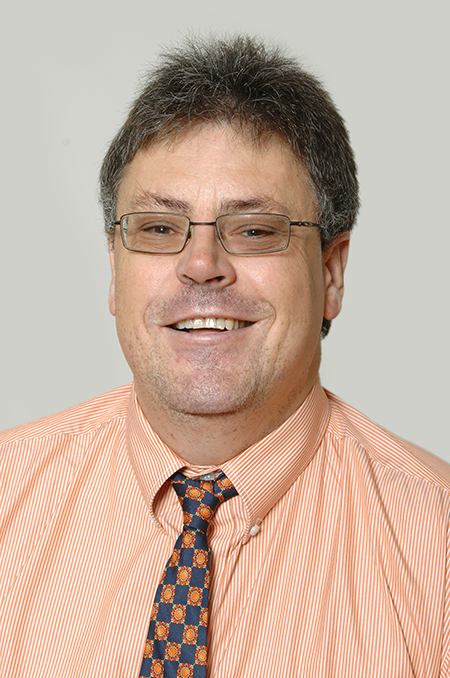 Prof Derick Blaauw is one of the principal researchers on the informal reclaimers project. (Photo: Lucky Mothloki) 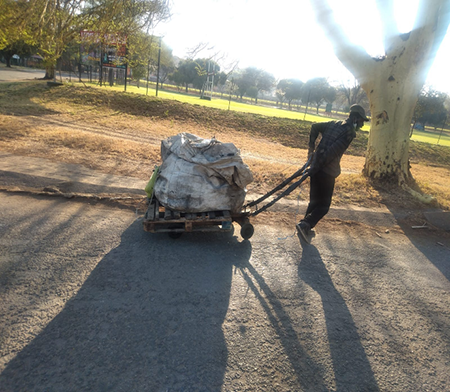 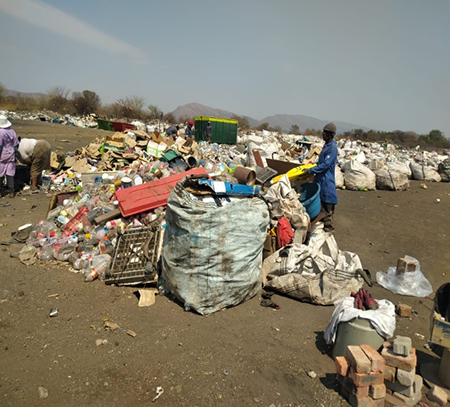