Getting the Constitution to work for street traders

While the informal economy is lifting hundreds of thousands of people out of poverty, several municipal by-laws hinder the growth of their businesses, and – to some extent – allow for the violation of their rights. A researcher from the North-West University (NWU) believes a possible solution for the protection and development of this sector lies in the Constitution.

Nonhlanhla Ngcobo, a PhD researcher associated with the South African Research Chair (SARChI) in Cities, Law and Environmental Sustainability in the Faculty of Law, has some suggestions following her study titled “The informal economy for local economic development in South Africa: A Constitutional law approach”.

Livelihoods depend on informal sector

The informal economic sector constitutes the fulcrum of LED and the overall economy of local communities. This is particularly important because the informal economy accounts for 18% of the employed population of South Africa. For instance, street trading ensures that an estimated 813 000 households live above the poverty line. Similarly, the National Development Plan 2030: Our future – make it work (2012) estimates that informal trading, as a mainstay of LED, will produce between 1,2 million and 2 million jobs by 2030.

Despite their significant role in economic and social development, street traders continue to experience mistreatment by local authorities. There are frequent forceful evictions, incessant confiscation of their goods, illegal soliciting of bribes by officials, and no basic municipal services. This conduct typifies the repressive relationship between street traders and local government in South Africa.

Throughout the study, Nonhlanhla was part of the Township Economic Development Task Team, a research-intensive project on the extent to which the current municipal legal framework enables or impedes the development of township economies.

The team is led by the SARChI Chair in Cities, Law and Environmental Sustainability and the South African Cities Network (SACN). This research positions the NWU as an innovative institution seeking practical solutions to societal problems.

Through this study and participation in tasks teams on township and informal economies, Nonhlanhla hopes that municipalities will develop and enact by-laws that embrace informality in South African cities.

She hopes that the national and provincial government will assist municipalities by taking a constitutional law approach in developing standards, norms and guidelines for the development of the informal economy, and street trading in particular. 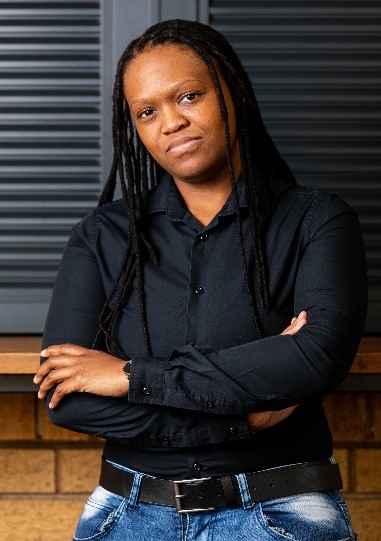 Nonhlanhla Ngcobo says the informal economy can be protected by the Constitution.