After years of being the primary crime hotspot of the town, the greater Bult area in Potchefstroom has finally become the sector with the least criminal activity.

The decrease of crime in the area is a direct result of the Cachet Park City Improvement District (CID) initiative. The CID aims to combat crime and improve the living, entertainment and socialisation experience of North-West University (NWU) students, business owners and community members.

After two years of serving as the CEO of Cachet Park CID, Prof Fika Janse van Rensburg, who is also the former NWU deputy vice-chancellor for the Potchefstroom Campus, has stepped down. His appointment as CEO was for a two-year period, from 2019 till 2020.

“I am happy that Cachet Park CID has established itself as a self-sustainable and financially viable non-profit company, with the necessary momentum to keep on performing according to its mandate. I therefore did not find it necessary to ask the board for an extension of my term.”

The board of directors decided to combine the positions of CEO and COO into a new position, namely that of general manager. Johan Naude, an MBA alumnus from the NWU, has been appointed in this position as from 1 December 2020.

Prof Fika and his wife, Sunette, are moving to Linden, Johannesburg. There they will fulfil their roles as grandparents while serving both the Reformed Church Randburg and the Linden community.

The highs and the lows

The Cachet Park CID was initiated after the University noted that the general upkeep of the off-campus area was not satisfactory and that it was becoming a serious security risk for students, staff and the community.

After lengthy consultations with the UMC of the NWU and the JB Marks Municipality, Cachet Park CID was founded in April 2018 and started operating on 1 January 2019.

Two years later the initiative has proven to be a great investment for all.

There are currently more than 170 CCTV cameras, and an excellent 24/7 armed response team.

Prof Fika says, although there were a number of challenges that they faced, the good outweighs the bad.

“One of the biggest challenges was the backlog that had built up over the years, both pertaining to the curtailing of criminality and the general upkeep of the area – especially the public spaces. We also had a problem with the municipality’s performance according to the MoU because of different challenges JBM is facing. A process has, however, been initiated to resolve the impasse.”

The most rewarding part for him was to experience how a community could partner effectively to do what is needed to secure a neighbourhood, even though it means that property owners are actually paying double taxes – on the one hand to the municipality and the government (SAPS), and on the other hand the membership fee to the CID to actually do the work that JBM and the police have neglected over the past couple of decades. And he adds: also to experience how the University was willing to be the anchor member by making available an interest-free loan to launch the project.

Prof Fika advises members of the community to not only ensure that Cachet Park CID continues, but that similar initiatives are undertaken in other parts of our city as well.

“Prof Fika has made a very significant contribution in his two years of service to the project.  I wish to pay tribute and thank him for helping to lay the foundation stone. There are many challenges that remain and we are confident that, with the support of the community and the sustainability plans we have in place, the project will yet grow from strength to strength,” says Prof Daryl Balia, the chairperson of the Cachet Park CID board of directors and the NWU deputy vice-chancellor for the Potchefstroom Campus.

He adds that the University is still working on replicating the Cachet Park CID model on the Mahikeng and Vanderbijlpark campuses. The initiative on the other campuses will not be identical to the one on the Potchefstroom Campus, because each campus and the different role players in each city are unique. 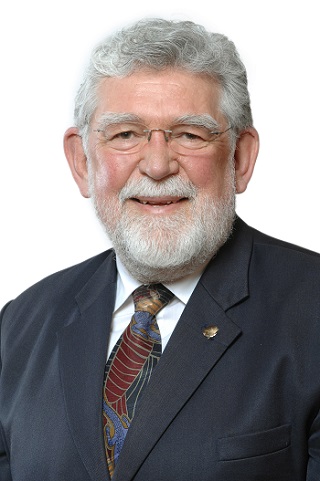