People solve problems, making anthropology the right place to be

The North-West University (NWU) Anthropology subject group is growing from strength to strength, and aims to make the NWU one of the top universities at which to study this field.

“Recognising that the complicated problems of our society can only be solved with people, the subject group has embarked on a process of recurriculation linked to cutting-edge research, and will soon be expanding,” says Dr Jess Auerbach, who recently joined the subject group in the School of Social Sciences.

Dr Auerbach is a South African Rhodes Scholar with a PhD from Stanford University in the United States of America. Since arriving at the NWU in July, she has worked closely with colleagues to consolidate a culture of research and knowledge production.

In addition to revisiting the Anthropology of Film and Media course to focus on the social study of science and technologies, she and a former student – now at Edinburgh University – have launched “Awake, Engage”.

This is a twice-weekly email aimed at expanding NWU students’ horizons and encouraging digital literacy, engagement with global scholarship and awareness of Pan-African affairs among all students, especially undergraduates. Anyone wishing to sign up can do so here.

Postgraduate students are central to the School of Social Sciences

“The School of Social Sciences is working to better involve postgraduate students in the school’s intellectual life, and Anthropology is leading this drive,” adds Dr Auerbach.

“As of this semester, all MA students have an opportunity to present at the weekly postgraduate research webinar series, where they rub shoulders with peers from other institutions including Cambridge University, the London School of Economics and the University of Cape Town.”

These webinars have so far included guests from as far afield as Burkina Faso, India, Mauritius and Angola. For Dr Auerbach and her colleagues, building south-south collaboration firmly grounded in Africa is critically important.

“We need to know who we are, and speak confidently from here,” she says, adding that the multi-campus reality of the university makes for interesting challenges and opportunities.

“What excites me about the NWU is that with its multiple campuses, the university is already accustomed to working in teams across different spaces. It is well positioned to adjust quickly to our new reality, and I appreciate that the institution seems much more flexible, nimble and responsive than many others.

“Part of what made me join the NWU in the middle of the Covid-19 crisis is also the ethic of care that it demonstrates towards its students – especially in the Faculty of Humanities and the School of Social Sciences. This is so important if we are serious about 21st century success in higher education, which will be determined by good mental health and digital literacy more than almost any other factor,” she adds.

Undergraduate teaching is critical, but research is also key

“I’ve been lucky to join a subject group and research unit where serious, internationally relevant work is valued, and where each person has space to make a unique contribution,” Dr Auerbach says.

“It’s rare to have such a spirit of collegiality among peers, which is collaborative rather than competitive. I think with that in place, it will be possible to build something that stands out in the South African higher education landscape and I am very excited about what lies ahead for our department.” 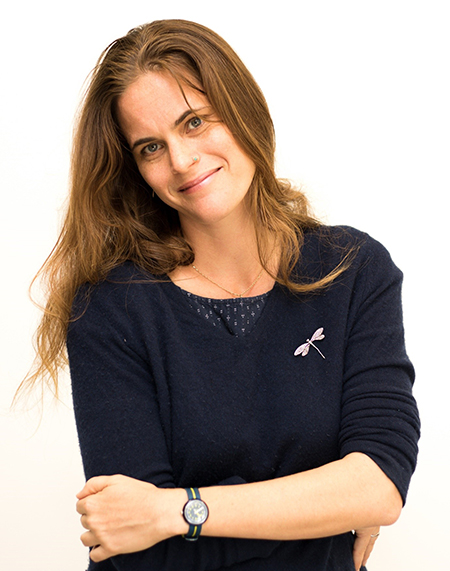 Dr Jess Auerbach recently joined the NWU’s Anthropology subject group and is passionate about research. Her book From Water to Wine: Becoming Middle Class in Angola has recently been published and is available here.