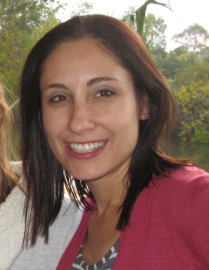 Anina Marx completed her BCOM Chartered Accounting Honours degree in 2011 at the North West University, Potchefstroom Campus. She did her SAICA articles from 2012-2014 at KPMG in Johannesburg. She passed both board exams during her articles. She qualified as a Chartered Accountant at the end of her articles. In February 2015 she was appointed as a Finance Manager in Cash Shared Services at Standard Bank in Johannesburg CBD. Her academia journey started in November 2015, when she joined the Faculty of Economic Sciences & IT at the North-West University Vanderbijlpark Campus as a senior lecturer. She lectures Accounting to 2nd and 3rd year CA students. She delivered guest lectures to the University of Namibia. She has also published her first article in the International Journal of eBusiness and eGovernment studies in 2016 which she presented at the 7th International Conference on Social Sciences in Cape Town during September 2016. She is currently busy with her master’s degree in Accountancy.