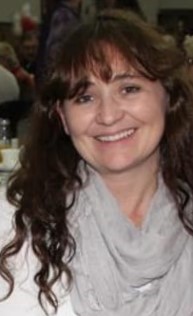 Adri Breed is a NRF-rated associate professor in Afrikaans descriptive linguistics at the North-West University's Potchefstroom Campus. She specializes in syntax and semantics, with a particular focus on the grammaticalisation of tense and aspect constructions in Afrikaans and Dutch. She completed five degrees at the NWU, namely a degree in Business Communication (B.Bk. – 2005), a degree in Theology with languages (B.Th. Languages – 2005), an Honours degree in Afrikaans Linguistics (B.A. Hons. – 2007), a Master's degree Afrikaans Literature (M.A. – 2007) and her PhD in Afrikaans Linguistics in 2012. During the course of her doctoral studies, she spent roughly ten months at the University of Antwerp, Belgium.

Telephone Number
018 299 1563
E-mail
adri.breed@nwu.ac.za
Other Experts
Other experts from
School of Languages
Media, links, addresses and key documents
Other Media