The world of bitcoin appears to be here to stay, despite many forecasts that the ride is going to end at any moment. Over the weekend, Elon Musk argued that in a choice between cryptocurrencies and fiat currencies such as the dollar, euro and the yen his preference was for the former. Bitcoin, the largest of at least 4 000 cryptocurrencies, made its debut in 2009.  In February 2011, one bitcoin could be bought for $1 (R7,04), and if you had still held onto it by 21 May 2021, it would have been worth $40 532,20 (R568 108,14). However, at the very least, it is still regarded as a highly speculative bet from an investment perspective. The future of crypto is contentious, even divisive, and recently the Business School at the North-West University (NWU) tasked a Think Tank to assess the debate.

According to Albert van Zyl, a senior lecturer at the NWU Business School and an expert in corporate governance and the control of corruption, crypto assets, and more particularly the associated industries and technological applications that are developing show a lot of potential.  This is clearly articulated by Fred Ehrsam, co-founder of Cionbase, who tweeted: “… crypto is just getting started.  We are 1% into the most important technology of the coming decades. Crypto will redefine money and information, the two fundamental ways the world coordinates.”

“Cryptocurrencies, more specifically the technology upon which they are built, namely blockchain, are one of the most disruptive technologies of our time. Not surprisingly, it attracted the likes of Elon Musk. Almost everybody took notice when Musk, through Tesla, jumped on the bitcoin train early in 2021.  Bitcoin jumped 16% in one day. This event drew large amounts of goodwill to bitcoin, which has been carried forward by the listing of Coinbase on the Nasdaq,” Van Zyl says.

On 1 April 2021, Coinbase, one of the largest and longest operating cryptocurrency exchanges in the world, became the first major crypto business to list on the Nasdaq, following approval from the US SEC.  This added further credibility to the industry.  Coinbase instantly became a financial giant on Wall Street, and ended its first day of trading at $328,28, valuing the company at $85,7 billion. For perspective, the market value of Goldman Sachs is $120 billion.  However, Coinbase warned in its financial prospectus that its business performance was closely tied to the price of cryptocurrencies, which are volatile.

This warning was spot on. When Musk tweeted on 12 May 2021 that Tesla was suspending bitcoin purchases due to concerns being raised about the increased use of fossil fuels in bitcoin mining, it triggered a significant slide in bitcoin.  On 20 May 2021, Coinbase traded at $224,80.    Nevertheless, the New York Times called the listing of Coinbase a “landmark moment” for bitcoin and the entire cryptocurrency industry. This listing gave traditional investors, who may be interested in digital currencies but are unable or unwilling to buy them directly, and mainstream index funds an indirect exposure to buy into the crypto market.

Van Zyl adds that cryptocurrencies are increasingly being applied in alternative markets like computer gaming and related “second-life” or virtual world applications.  “Here is where this completely new market and possibilities for entrepreneurship and economic development may create exciting opportunities, in particular for the unemployed youth in South Africa.  While the traditional formal economy fails to create opportunities for the youth, this new market may provide an answer.  Ironically, the youth seem a much better fit to take cryptocurrencies and their associated applications and industries into the future.

“Compared to fiat currencies, bitcoin’s market capitalisation was in the 17th position on 14 May 2021 – more than that of the Russian rouble, or the Mexican peso. Ethereum was in the 27th position and the South African rand in the 33rd position,” says Van Zyl.

Bitcoin mining consumes electricity, involving heavy computer calculations to verify transactions.  This increases the risk associated with carbon emissions.  In February 2021, an analysis by the Centre for Alternative Finance at Cambridge University estimated that bitcoin mining uses more electricity annually than the whole of Argentina, the Netherlands or the United Arab Emirates. This led to critique on the decision by electric-car manufacturer Tesla to invest in bitcoin, as it undermines its environmental image.

According to Van Zyl, it could, however, be argued that the increased demand for electricity could stimulate growth in the development of sustainable green electricity.  An analysis of the whole value chain involved in the gold industry, a commodity with actually very little inherent value, also proves that it has a very shocking environmental impact, even while leaving the human lives being lost in the mining, transport and protection thereof out of account.

“In theory, regulation of crypto assets could help to build trust because of the oversight provided, and because accountability could be vested in a person or entity in the event of things going wrong.  Arguably, regulation may help prevent well-known South African scams linked to bitcoin, like BTC Global and Mirror Trading International, or limit the losses suffered,” he says.

Worldwide, central banks have started focusing on cryptocurrencies, the UK Treasury and the Bank of England have a task force on it, and the Chinese are trialling it. According to Cox, Wall Street banks view central bank digital currencies as the next big financial disruptor.

Recently, China has created its own digital currency, a first for a major economy according to the Wall Street Journal. This will enable Beijing to track spending in real-time, plus providing access to money that is not linked to the dollar-dominated global financial system. For crypto puritans, this will completely negate one of the advantages of cryptocurrencies, namely the anonymity of the user, and will provide much more power to a centralist government to monitor its economy and its people.

On the other hand, Turkey’s central bank announced a ban on the use of crypto assets for payments. The Nigerian Central Bank did not ban cryptocurrencies, but prohibited certain transactions in cryptocurrencies in the banking sector.

Like fiat currencies, crypto assets can be misused as an enabler or host of crime. Money laundering is key to cryptocurrency-based crime. The primary goal of cybercriminals who utilise cryptocurrency is to obfuscate the source, application or destiny of their funds by converting their cryptocurrency into fiat currency or vice versa during different stages of their criminal activities.  The lack of regulation, ease of transfer and anonymity of cryptocurrencies makes it very attractive for money-laundering purposes.

Cryptocurrencies are also used in Ponzi schemes.  The infamous South African-based Mirror Trading International was crowned as the world’s largest cryptocurrency Ponzi scam in 2020. A total of around $589 million was lost, affecting hundreds and thousands of investors, according to the 2021 Crypto Crime Report by Chainanalysis.

Van Zyl concludes by saying that cryptocurrencies are also increasingly being used in targeted ransomware attacks.  Targeted ransomware (also known as “big game hunting”) consists of families of ransomware used to extort money from a particular victim.  “An example of this was the targeted ransomware WastedLocker, which appeared in 2020. It made global headlines when it knocked the most popular services by Garmin, the well-known fitness and GPS technology company, offline for three days as it held the company’s data for a $10 million ransom. The difficulty is that nobody knows where in the world the ransomware attackers are situated, and particularly that payment of the ransom amount is required in bitcoin, which makes it difficult to follow the flow of the money,” Van Zyl says. 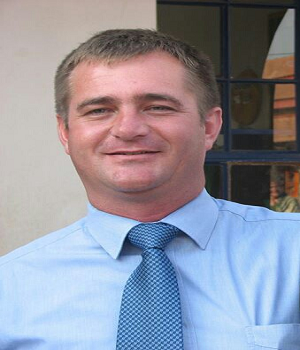