The book of poetry, a collaboration between Lesego and renowned author Kabelo Kgatea, consists of 40 poems and is published by Nick Medupe Productions and Publishers and the Penebotshelo Writers Foundation.

This project started after Lesego, who hails from Ganalaagte, won first prize in the Setswana category of the 2020 Avbob Poetry Project, an annual poetry competition. Avbob’s project creates a platform for South Africans to submit poetry themed around love, hope, death and birth in any of the country’s 11 official languages.

Lesego is a member of the National Writers Association of South Africa and the Penebotshelo Writers Foundation and plans to enrol for an honours degree in Setswana once he completes his undergraduate studies at the NWU. 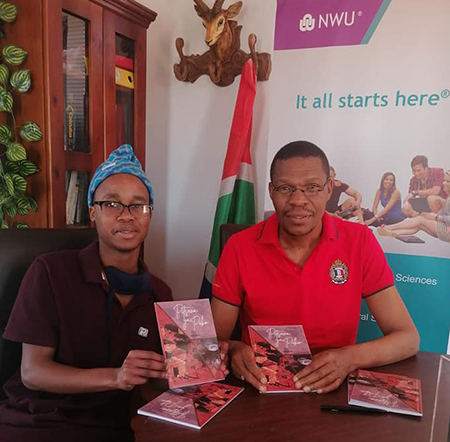