It was an extremely emotional day as the People and Culture Office of the North-West University (NWU) donated food parcels to the Tshwaraganang Day Care Centre for children living with disabilities. This is a community-based centre that is situated in Ikageng and it was established as an initiative to take care of children living with disabilities.

During the launch of the NWU values this year, the People and Culture Office formed a joint initiative with CRM stakeholders and the Indigenous knowledge systems centre (IKS) from the Mahikeng Campus to host the Africa Day celebration on all three campuses. The theme of the 2022 Africa Day celebration was nutrition, and this corresponded with the values of the NWU People and Culture Office that were put in place for the month of the Africa Day celebration. These values include caring and inclusivity. The joint venture has collaborated with other NWU faculties to participate in the NWU community challenge, the Year of Nutrition, by donating food parcels to any charity organisation of their choice, and Tshwaraganang Day Care Centre was among the chosen charity organisation.

Helen Lekalakala, the NWU director for Talent Management and Organisational Development on the Potchefstroom Campus, promised that there would be continued future development at the Tshwaraganang Day Care Centre.

“What we saw at the Tshwaraganang Day Care Centre was not what we expected, because the state of the centre is really heartbreaking. We will be communicating with all the stakeholders to see how we can assist in changing the living conditions in that area,” says Helen.

She also mentioned some of the issues that required immediate action at the centre: “We hope that there will be future development plans, where government and other community stakeholders can join hands to assist with issues such as electricity shortages and the renovation of the facility to ensure that the children with special needs are taken care of.”

Zelda van den Berg, the NWU senior specialist for Organisational Development from the Potchefstroom Campus, believes that if more people can be involved in their project they can achieve more and reach greater heights.

“As the People and Culture Office, we always strive to get the whole NWU community to donate to the less fortunate. It can be either to the orphanage, nearby schools or any other projects,” says Zelda.

Makgotso Pooe, the Tshwaraganang manager and a social worker, believes that the centre should be transformed into a residential care project for children living with disabilities.

“We wish to have a residential day care centre where children living with disabilities will be accommodated on a daily basis rather than only for day care services. We know and understand that some children need 24-hour supervision from us.”

She believes that children living with disabilities should be prioritised.

“We must take care of our children, regardless of their condition, and because they cannot speak for themselves, we have to be their voice by advocating for their needs.”

She also mentioned some of the challenges that they are facing at the centre.

She has pointed out some of the major issues of concern regarding the current conditions at their centre: “We currently do not feel safe in this building, and it is not beneficial to our children. It is cold, as we do not have electricity. Sometimes it is difficult as we do not have the proper resources, such as gas stoves and lights, to cook for our children.” 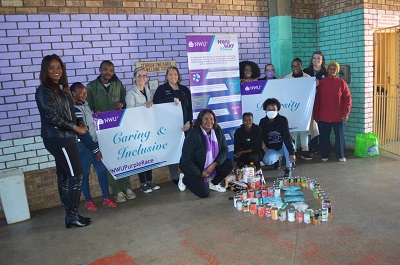 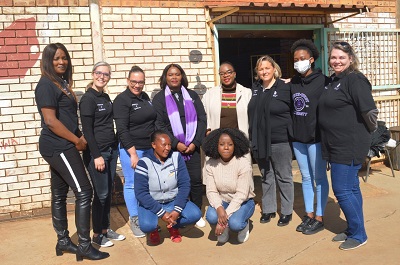