Prof Moitsheki, who is currently an academic at the University of the Witwatersrand, has been nominated for two awards in the research category: the TW Kambule-NSTF Researcher award  and the Contribution over a Lifetime award.

The NSTF-South32 awards were established in 1998 as a collaborative effort to recognise outstanding contributions to science, engineering and technology (SET) and innovation by SET-related professionals and organisations in South Africa.

This is not Prof Moitsheki’s first nomination, and he also made it to the finalist list in 2014.

“I have grown as an academic. I have supervised three PhDs to completion, and eight master’s dissertations. Furthermore, being a C2-rated researcher by the National Research Foundation, an accredited member of the Australian Mathematics Society, and a registered natural scientist, I felt it is now time to accept this nomination,” says Prof Moitsheki.

“I have been an editor of several journals, have published more than 50 articles in journals of high repute, and I have participated in various national and international conferences. I also continue to collaborate with scholars from South Africa and abroad.”

Prof Moitsheki says this nomination inspires him as it enables him to showcase his achievements as an academic, and in particular one of the few black South African mathematicians who comes from Ramatlabama, a small village in Mahikeng.

“This nomination means leading by example and being recognised and celebrated by peers and colleagues. I hope to be a role model, particularly to disadvantaged learners from rural areas,” he adds.

Prof Moitsheki started his studies in public administration at the former University of Bophuthatswana (now the NWU) in 1991, but changed courses in the same year to focus on science.

“I enrolled for a Bachelor of Science in Education degree majoring in chemistry, mathematics and education, and I am a proud teacher by profession today,” he says.

In 1996 Prof Moitsheki started with his BScHons degree in mathematics, and in 1997 he enrolled for MSc degree. He completed his PhD degree in applied mathematics at the University of Wollongong in Australia.

“My career as an academic took off right after completing my studies. I have been assistant dean of undergraduate studies, assistant dean of knowledge and infrastructure, and I am currently head of the School of Computer Science and Applied Mathematics at the University of the Witwatersrand, where I continue to teach mathematics from undergraduate to master’s level,” says Prof Moitsheki. 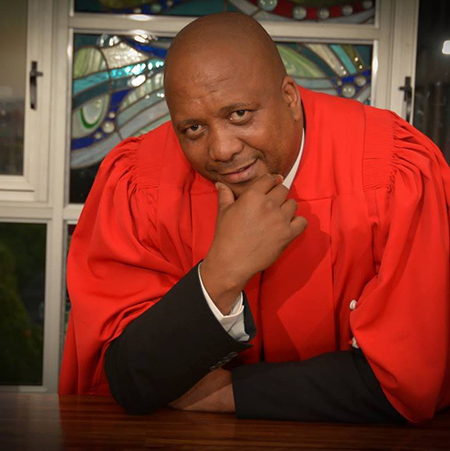