The Independent Electoral Commission (IEC) of South Africa recently applied to the Constitutional Court to postpone the local government elections that are due to be held on 27 October 2021.

This is following the Moseneke Commission report which recommended the postponement of the October 2021 local government elections due to the Covid-19 pandemic.

North-West University (NWU) academic Dr Tshepang Molale believes approaching the Court was not the best possible route to resolve the situation that the IEC finds itself in.

“It is not in the best interest of all South Africans for the IEC to try and have local government elections postponed without following a proper public participation process,” he explains.

In South Africa, citizen participation is an integral part of our constitutional democracy. All citizens are guaranteed the opportunity to make input on any decision and process implemented by our government, parliament as well as all organs of state and institutions.”

Dr Molale says the recent move by the IEC is not just, and not in favour of the millions of South Africans whose voices need to be heard.

“Mindful of the precarious situation we are finding ourselves in as a result of the Covid-19 pandemic and related challenges regarding hosting free, fair and safe elections, the IEC should have approached the National Assembly to kick-start the process for a constitutional amendment. This would have triggered a public participation process, thereby granting citizens the opportunity to reflect on what their needs are and to share their opinions,” he adds.

“Our country’s constitutional democracy is built upon the right for all citizens to inform all decisions taken by the state, especially if those decisions affect them or are in their best interest.”

He says it is not reasonable for the IEC to approach the constitutional court to seek an order granting the postponement of the election just because the judicial route is expedient and quicker than the parliamentary process. “The parliamentary process would have allowed 60 days for the public to provide input on the matter.”

He is of the opinion that the IEC finds itself in this mess because they delayed the processes that should have been started months ago.

“Even when the EFF requested the IEC to postpone the elections, the IEC could have weighed their options, consulted all related stakeholders and planned for the eventuality of not having free, fair and safe elections by 27 October.”

He says the IEC has delayed the possibility of involving the public in this matter by appointing former Deputy Chief Justice Dikgang Moseneke, whose recommendation seems to be what they are acting upon.

“Public participation should not be an afterthought; state institutions should not marginalise citizens and make decisions for them as if we are not living in a participatory democracy.

“The IEC needs to do the right thing and allow citizens to be involved in this matter because if they don’t, one would be right to ask whose best interest they are serving,” says Dr Molale.

He is a member of the International Association for Media and Communication Research and has published several works on public participation, including a recent chapter entitled: “Deconstructing the Participation of Rural Dwellers in a Community Radio Station: A Participatory Development Communication Approach to a Radio Station in the North West Province, South Africa”.

The title of his PhD thesis is “A framework for participatory communication in the IDP context of Ward 31 in Rustenburg Local Municipality”. 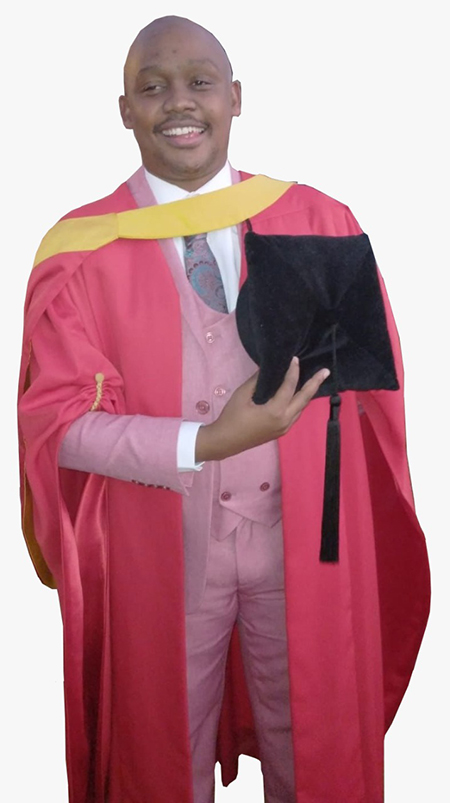