The North-West University (NWU) is delighted to announce that Professor Maphahlaganye Jeffrey Mphahlele will join the NWU family in the position of deputy vice-chancellor for research and innovation. His appointment was confirmed by the NWU Council recently.

Prof Mphahlele holds a doctoral degree in Medical Virology (1999), a master’s degree in virology (1995) and a BSc honours degree (1993) and degree in microbiology (1992). His résumé is a shining testimony to his excellent work in the field of research and his contributions specifically in the scientific medical field. This has led to him serving on the Ministerial Advisory Committee on Covid-19 vaccines in the Ministry of Health since 2020. His has also published in various research publications on crucial topics such as strengthening immunisation services and policies and the vaccination control of infectious diseases.

Dr Bismark Tyobeka, Council chairperson, says the Council has full confidence in Prof Mphahlele’s ability to take research and innovation at the NWU to greater heights. “His verve, commitment to research excellence and renowned expertise will make him a welcome – and integral – part of the NWU. Prof Mphahlele will head a formidable team of researchers, innovators and academics who have, through their consistent high-quality outputs, placed the NWU among the cream of the crop of South African universities. This can be seen in the latest Times Higher Education ranking for emerging economies universities in 2021, in which the university is ranked 97th out of 606 participating universities.”

An active and expert member in the scientific community, Prof Mphahlele serves as vice president for Research at the South African Medical Research Council (SAMRC) since October 2014. He has also been elected as member of the Academy of Science of South Africa (ASSAf) and has been acknowledged as C1 NRF-rated researcher since 2017.

His career highlights, that also include being scientific advisor, lecturer, scientist and research fellow, are among others being academic head and chair at the Department of Virology at the University of Limpopo and the National Health Laboratory Service (NHL)’s Medical University of South Africa (Medunsa) Campus (August 2005 to September 2014). He was also co-director at the South African Medical Research Council’s (SAMRC) Diarrhoeal Pathogens Research unit at the World Health Organisation Rotavirus Regional Reference Laboratory for Africa at the Sefako Makgatho Health Services University and National Health Laboratory Service (February 2007 to March 2018).

Prof Mphahlele co-founded  the South African Vaccination and Immunisation Centre in 2005, and he was the head of the organisation from 2005 until 2014.

Always investing in the future of young scientists, he has trained, supervised, and mentored many Post-Doctoral, Doctoral and Master students.
Prof Mphahlele serves on a number of governance and advisory structures. He is the  vice chairperson of the European and Developing Countries Clinical Trials Partnership (EDCTP) Association Board (May 2019 to May 2021), South African Deputy Representative in the General Assembly of EDCTP (June 2015 to present), vice-chairperson of the Global Research Collaboration for Infectious Disease Preparedness (GloPID-R) coordinated by the European Commission (2015 to present), member of the oversight committee of the Network for Education and Support in Immunisation at the University of Antwerp in Belgium (2014 to October 2019), vice chairperson of the National Health Laboratory Service (NHLS) Board (June 2020 to present), board member of the South African Health Products Regulatory Authority (SAHPRA - New Regulator of Medicines, Medical Devices and IVDs) (Oct 2017 to present) and serving on the board of directors of the Poliomyelitis Research Foundation NPC (Apr 2018 to present).

Prof Dan Kgwadi, the principal and vice-chancellor of the NWU, says, “I am looking forward to welcoming Prof Mphahlele to the NWU. I am confident that he will make a huge contribution in our research and innovation portfolio and the university as a whole.” 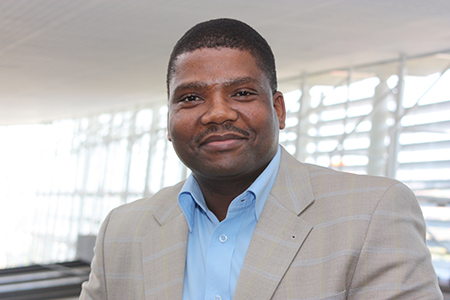