He started the lecture with what he considers a timeless poem, A Dream Deferred (also known as Harlem), penned by African American poet, Langston Hughes.

He mapped his research journey and the process of becoming an academic according to the poem’s six rhetorical questions. His impassioned rendition teased the problematics of re-searching and re-positioning in critical language and literary arts education, at each point reinforcing his quest for purpose and relevance.

During his lecture titled “Roots and Routes: A dialogic ImagiNation of literary-linguistic-cultural representations”, Prof Hove raised pertinent questions related to the literary in literature, reader reception, epistemological and aesthetic frames, and archival use.

The lecture argued for an approach to education that is rooted in the existential experience of marginalized people, centred on a critique of structural, economic and racial oppression, focused on dialogue in the generation of knowledge, and one that is structured to empower individuals and collectives as agents of social change.

He called on educators and researchers to look at critical pedagogy as they consider ways to motivate students, develop literacy and numeracy of power, and to employ students and their communities in the struggle for educational justice.

“For the past 20 years we have been dedicated to the enterprise of designing and investigating classroom interventions that are built upon the core principles of critical pedagogy.

“Therefore, the pertinent question that stirs Langston Hughes into assessing the place of black presence in white America: What happens to a dream deferred?

“Is there any hope for schooling systems in Africa when they are restructured according to the demands of corporate sectors? Is there any hope if the market presents the most threatening assault to the possibility of schools and universities contributing to the creation and sustainment of more democratic solutions to the current problems of illiteracy, poverty, inequity and oppression?” he asked.

As a National Research Foundation C-rated researcher, Prof Hove’s goal has been to develop a grounded theory of practices. This is a theory that begins with the core principles of critical pedagogy, but uses qualitative data from informed practices to develop a more nuanced and particular critical pedagogy as it applies to rural and urban education in 21st century schools in Africa. 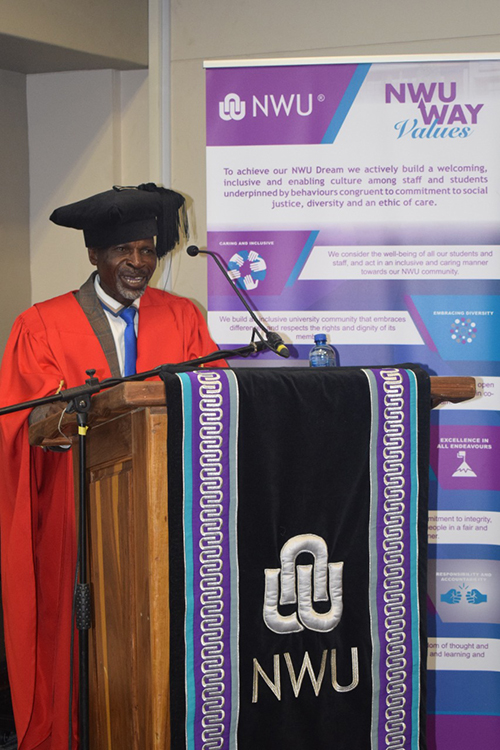