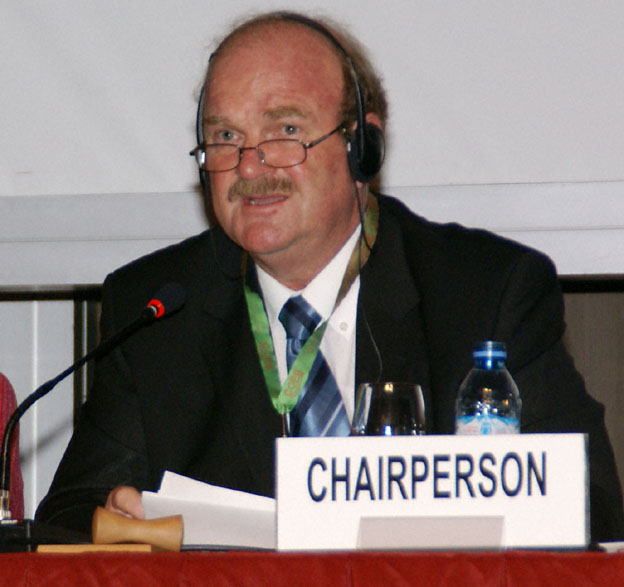 Prof Klaus Kellner was born on 27 April 1957 in Okahandja, Namibia. He is a re-elected C2 NRF rated scientists till 2016. His expertises lie in vegetation dynamics with the emphasis on SLM technologies, impacts on desertification, land degradation and drought (DLDD) and the restoration of degraded rangelands, mostly in arid- and semi-arid systems, as well as industrial damaged sites.

Prof Kellner is the Science and Technology Correspondent (STC) for South Africa and on the Roster for experts for the UNCCD (United Nations Convention for Combating Desertification). He was the Chairperson of the CST Bureau (Committee on Science and Technology) for the UNCCD on a global scale till October 2011, also representing the African continent in the CST Bureau. He has recently been elected (2012) to serve on the Advisory Group for the Provision of Scientific Advice (AGSA) on DLDD issues for the UNCCD (DLDD – Desertification, Land Degradation and Drought). Only 12 experts from the world serve on AGSA. He has made presentations about his work in more than 30 countries of the world, mostly on invitation.

Despite coordinating many projects, serving on advisory boards, participating in meetings and workshops and chairing sessions at national and international level, he still managed to produce at least 2-3 scientific publications per year over the last 15 years, wrote 10 chapters in books, developed a CD Rom on Restoration technologies regarding woody plant encroachment for Namibia and South Africa, developed practical manuals for the monitoring of land degradation and SLM practices (LLM - Local Level Monitoring), and supervised or co-supervised over 35 post-graduate students.

In his position as lecturer and supervisor, he strives to train, capacitate and develop scientists and extension workers that can serve the community in agriculture, conservation and other related environmental fields.

http://www.ecorestore.co.za/&nbsp;
The Terrestrial Ecology Section in the School of Biological Sciences of the Faculty of Science at the North-West University (NWU) expertise are in land degradation and restoration/rehabilitation ecology of arid- and semi-arid rangelands.