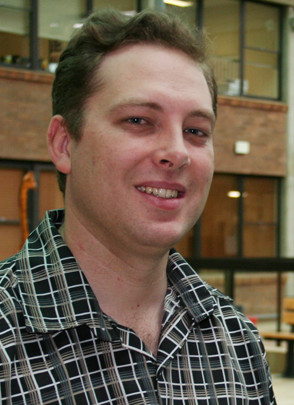 I joined the Centre for Space Research of the North-West University, Potchefstroom Campus in 2002 as a graduate student. This Centre is widely recognized for its excellent research on Heliospheric Physics, Cosmic-ray Modulation, and Gamma-ray Astronomy. The latter subgroup of which I became a member in 2002 represent the main South African contribution to the High Energy Stereoscopic System (H.E.S.S.) Collaboration, a world class very-high-energy Gamma-ray telescope situated in Namibia. This group is also involved in the next-generation ground-based gamma-ray experiment called the Cherenkov Telescope Array (CTA), and has been awarded a Chair in Astrophysics and Space Science by the National Research Foundation (NRF).

I was appointed physics lecturer in 2005, and was promoted to senior lecturer in January 2009, and to associate professor in January 2015. I successfully applied for a NASA Postdoctoral Program (NPP) Fellowship, and spent 2009 at the Goddard Space Flight Center in Maryland, USA as a postdoc, working under supervision of a world leader in gamma-ray pulsar modelling, dr. Alice K. Harding. Upon my return, I was granted affiliated membership of the Fermi Large Area Telescope (LAT) Collaboration, after a special request due to my non-US citizenship. I have continued collaboration with dr. Harding and her collaborators, and I have been co-investigator on two successful Fermi Cycle 3 Guest Investigator (GI) Proposals and a collaborator on a Fermi Cycle 4 GI Proposal as well as an Astrophysics Theory Program (ATP) Proposal. As PI, I have furthermore received grants from the NRF's Competitive Support for Unrated Researchers (CSUR) and Multi-wavelength Astronomy Research Programme (MAGR) initiatives (2012 - 2018).

For the non-Collaboration papers, NASA ADS lists 413 citations, giving an h-index of 9 (Scopus lists 257 citations, and an h-index of 8; Web of Science gives an h-index of 7 and 230 citations). These citations are from over 39 countries, including 79 from the US, 57 from Germany, 43 from France, 30 from the UK, and 25 from Poland. I have also reviewed 29 papers and conference proceedings (5 for the Astrophysical Journal, impact factor 6).

I have attended 36 international and 18 local conferences. I have been invited to give 6 plenary talks. I have supervised 6 M.Sc. students, 4 Ph.D. students, and acted as examiner of one Master’s and 2 PhD theses. I have judged student oral talks and posters at the annual SAIP meetings. I also acted as a co-chair of the scientific organizing committee and chair of the local organizing committee for an international conference and have been elected as secretary of the Astrophysics and Space Science Track of the SAIP (2014 - 2016) and co-chair (2016 - 2018).

As a H.E.S.S. and Fermi LAT member, I plan to continue research in this lively field which has benefited greatly from the results of these outstanding missions (both receiving the HEAD Bruno Rossi Prize for a significant contribution to High Energy Astrophysics), and also to play an active role in CTA.