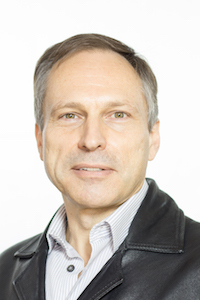 Christiaan B (Tiaan) Brink is currently a Full Professor of Pharmacology at the School of Pharmacy, North-West University, South Africa, where he has held full time appointments since 1994.  He obtained a degree in pharmacy (B.Pharm. - cum laude) 1989, Master’s in molecular Pharmacology 1991, and PhD in theoretical pharmacology 1998, all at the former Potchefstroom University for CHE, whereafter he undertook postdoctoral studies in receptor signal-transduction pharmacology under Dr. Richard R. Neubig at the University of Michigan, U.S.A.  Thereafter he specialised in translational pharmacology, focusing on novel antidepressant targets and the treatment of juvenile depression, investigated in animal behavioural models, currently holds NRF C2-rating as established researcher and has received several research grants.  During his academic career, he has been involved in several managerial capacities, including president of the national learned society, executive committee of the Pharmacology for Africa initiative, chair of the Education Section of the International Union of Basic and Clinical Pharmacology (IUPHAR), other IUPHAR committees, chair of the NWU AnimCare Animal Research Ethics Committee, laboratory manager, and postgraduate web-based educational programme manager.  Tiaan has been appointed by the Minister of Health as member on the National Health Research Ethics Council.  He has served on several editorial boards