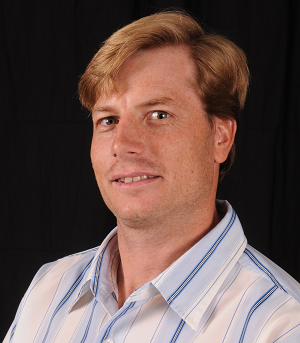 I received a BSc in Human Movement Science in 1994, a B.Sc Honours degree in Sport Science (Cum Laude) in 1995, a MSc in Human Movement Science (Cum Laude) in 2000 and a PhD in Human Movement Science in 2010 from North-West University (NWU). During my years as a graduate and post-graduate student I served as a lecturer assistant and temporary lecturer for modules that ranged from coaching science to anatomy, exercise physiology and exercise science for 1st up until honours students in the School for Biokinetics, Recreation and Sport Science (BRS). I also served as manager of the Institute for Sport Science (ISSD) and temporary lecturer for the Tina Schöltz Potchefstroom Academy for beauty therapists in the same time period. In 2000, I was appointed as junior lecturer in the BRS (NWU) up until 2003 when I was promoted to lecturer. In 2003 I was also appointed as acting director of the ISSD and programme leader of the Sport Science honours programme (until 2015). In 2010 I was promoted to senior lecturer and in 2013 to associate professor at the NWU, a position that I currently hold. I currently also serve as program leader for the Sport Program in the Physical Activity, Sport, and Recreation Focus Area. I have served as Sport Science consultant for various individual and team-related athletes regarding their conditioning programs. My primary focus in research is on different conditioning and recovery techniques, match analysis, heart rate variability and recovery, etc. I have contributed to articles in a wide range of general magazines such as You, Huisgenoot and Woman’s running as well as newspapers such as Beeld, Die Herald, Die Burger, Witness and Volksblad. I also served as a participant on several radio programmes, on RSG and Radio Today as well as TV programs on the named TV stations: Carte Blanche on MNET and Debra Deel on Kyknet.