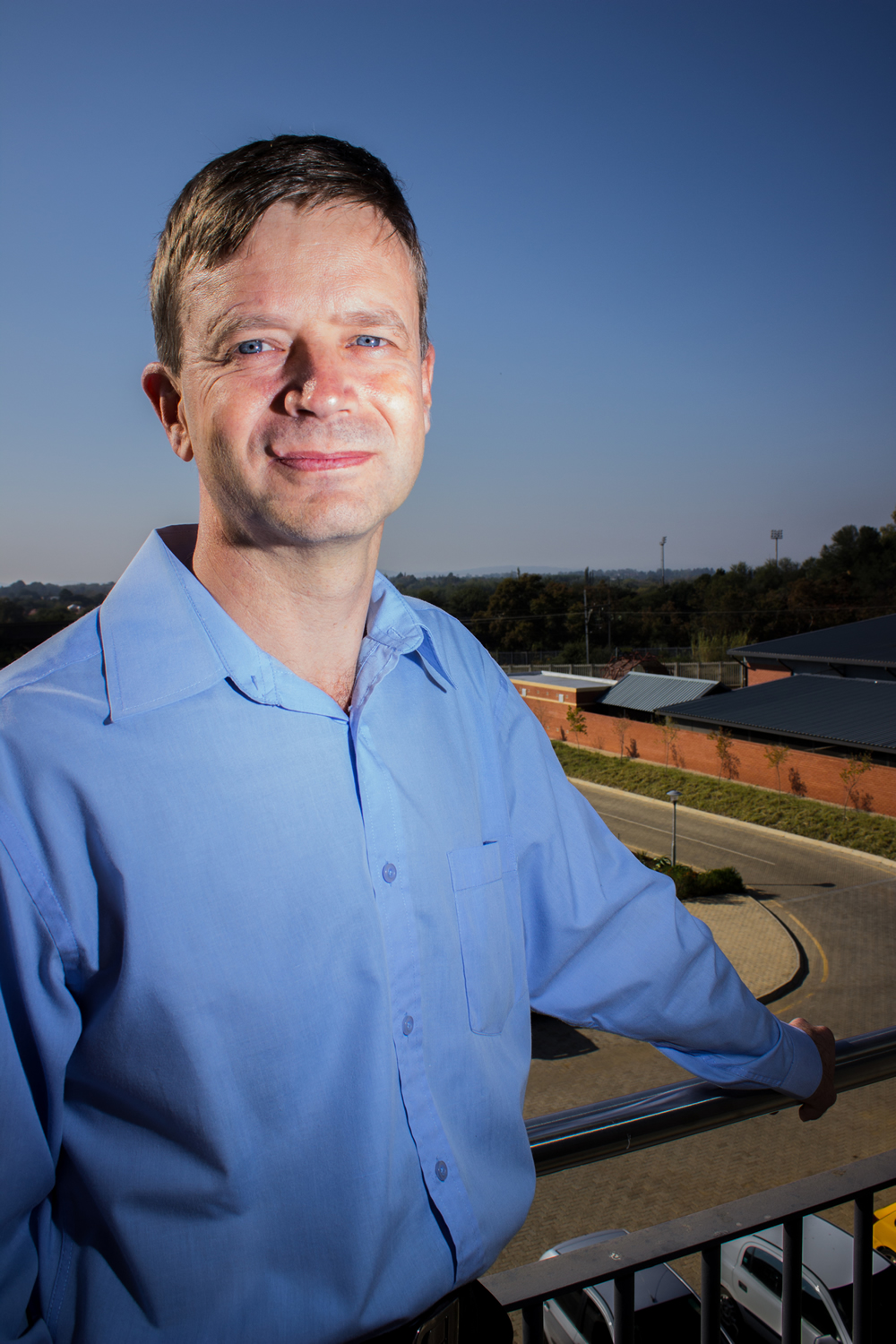 In 2001 Albert Helberg accepted a nomination as full professor at the School for Electrical and Electronic Engineering at the Potchefstroom University for Christian Higher Education, which since merged to become the North-West University.  Albert served as Director of the School of Electrical, Electronic and Computer Engineering from 2002 to 2006, Faculty Director of Quality and Education (2007-2008), Acting Dean (2009) and is currently Director of the Research Unit on Energy Systems (2012- ).

Albert has an active interest in research in telecommunications and is research leader for the TeleNet research group in telecommunications, part of the Telkom Centre of Excellence at the NWU. His areas of speciality include error correction coding, network coding and wireless mesh networks.  Albert Helberg is the author and co-author of several papers in International and National technical journals. He has acted as studyleader for more than 25 M.Eng and PhD students. Several of these students have received research awards, including best research thesis in the faculties of Science, Engineering and Health on all three campuses of the NWU and best student paper awards at national and international conferences.

Albert was named a Senior Member of the SAIEE in 2001 and has served as Technical Programme Chairperson for the IEEE Africon 2004 conference in Botswana, as well as Africon 2007 in Namibia. He is also active on research evaluation panels of the NRF and various universities in South Africa.

Albert has a special interest in establishing and leading innovative projects within the Faculty of Engineering.  One of these projects is the NWU Solar Car Team that competed in the international FIA alternative energies cup for research groups and won the 2012 Olympia Class Rally event.  This is the first time that a South African team has won. 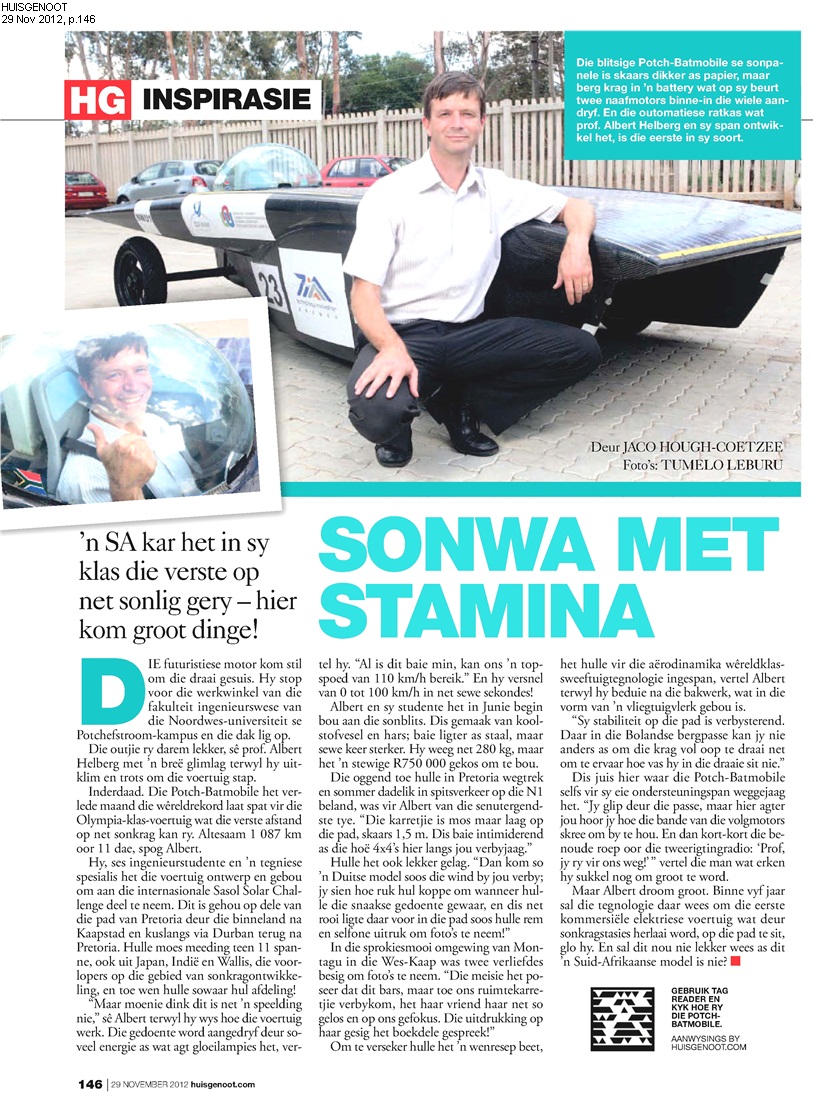