BEWARE: Conditions are ideal for an outbreak of Rift Valley Fever

The good rains that have fallen over the last month in many areas of South Africa have caused ideal conditions for an outbreak of Rift Valley Fever (RVF).

These conditions include flooding and the formation of pans of water in which the Aedes mosquito breeds and multiplies. This mosquito is the vector for transmission of the RVF virus, which is transmitted from the infected female mosquito to its eggs and thus to future generations of these insects.

Prof Paul Lubout and Prof Mulunda Mwanza of the North-West University (NWU) say the seriousness of the disease should not be underestimated. Livestock owners, including wildlife farmers, need to be aware that the RFV virus tends to be indiscriminate as to what species are affected, although to differing degrees.

While sheep are the main sufferers, goats, cattle and even wildlife may be affected, including buffalo, sable antelope, springbok, impala, bontebok, blesbok, etc.

Rift Valley Fever causes many abortions in livestock (80% to 100% in sheep, and somewhat less in cattle, goats and wildlife species), as well as deaths among young animals, particularly lambs.

However, infections are frequently subclinical or mild in older animas and the severity will also vary from species to species.

“Worst of all, RVF is zoonotic, meaning people can become infected, mainly by handling sick or dead animals, drinking raw milk from infected animals and/or eating raw or undercooked meat,” the professors say. “We have suffered the loss of a state veterinarian to this disease in recent times and, over the years, other persons who worked with infected animals.”

They emphasise that RVF is a notifiable disease by law.

The only way to prevent the disease spreading and infecting livestock is by vaccinating livestock and controlling the vector, the mosquito, using products registered for the control of mosquitoes (usually dips, sprays and topical applications containing deltamethrin). An annual vaccination against the disease is the most effective and easiest route to follow.

Ideally, vaccination should have already been carried out in early spring, but it is not yet too late, say Prof Lubout and Prof Mwanza – provided livestock and game farmers act immediately. 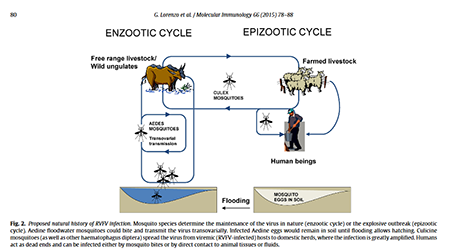 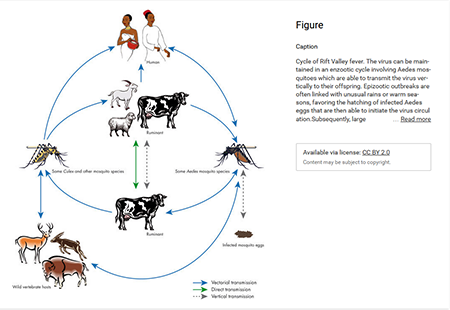