The North-West University (NWU) has done it again! During the World Exhibition for Incentive Travel (IMEX), the NWU’s dedication to research excellence and social justice was reaffirmed when Emilé Coetzee – an honours student within the Faculty of Economic and Management Sciences – was crowned as the winner of the 2019 Future Leaders Forum.

Emilé is the third student from the NWU to have won this prestigious award in the past five years.

This year’s rendition of IMEX took place in Frankfurt, Germany and saw Emile present her “Forbidden Fruit” concept as an intervention to ensure food security in the future. The concept, which left the adjudicators highly impressed, focuses on the consumption of wild plants. According to Emilé, the consumption of wild food (including nutritious weeds in gardens) can reduce the gap of sustainability and poverty in the foreseeable future. During her presentation, Emilé explained that in the context of food, South Africa is very diverse. It is this diversity that, according to Emilé, enables South Africa to contribute greatly towards the global conservation demand.

When asked to elucidate on her concept, Emilé said that since most of the other finalists incorporated technology into their food security solutions, she focused on what South Africans are looking for in their food and what they would have easy access to. “I looked at the nation as a whole. All of us want to live more sustainable and do not want genetically modified organisms in our food, hence the idea of forbidden fruit. In essence the concept takes us back to where it all started and as such it teaches people to harvest wild food,” she said.

Quoted in the media after the awards ceremony, Emilé said that she believes that South Africa is one of the main breadwinners for Africa’s tourism and meetings industries, attracting the bulk of international tourists to the continent.

According to South African Tourism’s Chief Convention Bureau Officer, Amanda Kotze-Nhlapo, Emilé’s contribution towards food security represents a proud moment for South Africa on the global stage. She furthermore said that credit must also go to the NWU’s School of Tourism Management, for producing world-class graduates who are stepping up to lead the next generation of tourism leaders from the African continent. 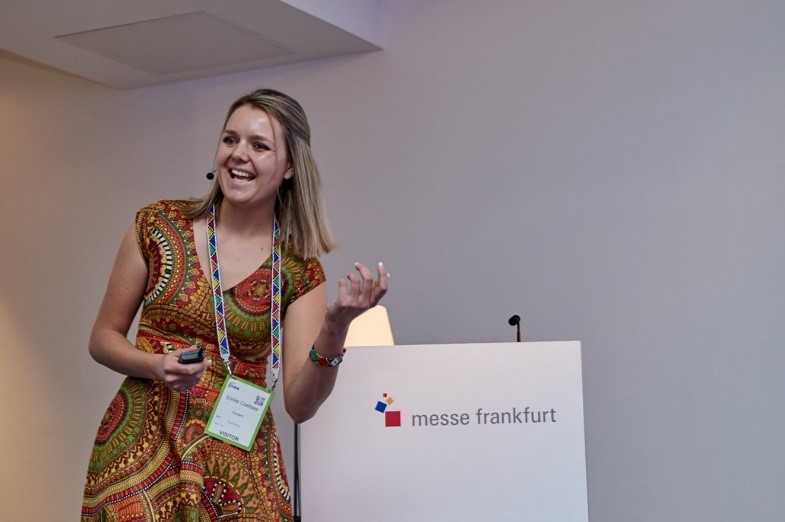