Postgraduate students peek behind the curtain of applied microeconomics

Postgraduate students peek behind the curtain of applied microeconomics

You can’t learn how to ride a bicycle during an academic lecture, hence the need for both practical and professional experience.

This is according to Jacques de Jongh, a lecturer in the School of Economic Sciences at the North-West University’s (NWU’s) campus in Vanderbijlpark.

Jacques is of the opinion that academic learning together with practical and professional experience form the basis on which graduates build career success. He recently accompanied a group of honours students in economics to the South African Competition Commission to learn more about the real-time application of microeconomics within the job sector.

According to Jacques, the students were afforded the opportunity to grapple with the complexity that is brought about by the Competition Policy and subsequent legal imperatives within the South African context.

“As part of one of the various offerings of the honours programme and its promise to provide students with a 360-degree experience, the excursion provided an ideal opportunity for students to engage with industry experts,” he explains. He adds that through this interaction the students gained valuable insight regarding the requirements for advanced market analyses.

During the visit, eight specialist practitioners – from the various divisions within the Commission – provided students with insight and in-depth knowledge on various topics as it pertains to the role of the Commission.

Students were also given the opportunity to learn more from the Commission’s specialists about some of the recent cases that have been concluded. They also received more information on the Commission’s scholarship and cadet programmes.

“It was a day filled with rich discussions and debate surrounding the current microeconomic environment within the country,” says Jacques. “A lot of knowledge was extended, but more importantly, new friends were made and networks built, all of which will contribute to future collaborations between the NWU and the Commission.”

More about the Competition Commission

While the Commission is the investigative and enforcement agency, the Tribunal is the adjudicative body, and the Competition Appeal Court considers appeals against decisions of the Tribunal.

The Commission is empowered by the Competition Act to investigate, control and evaluate restrictive business practices, abuse of dominant positions and mergers in order to achieve equity and efficiency in the South African economy.

Its purpose is multidimensional as it seeks to promote and maintain competition in South Africa to promote the efficiency, adaptability and development of the economy, provide consumers with competitive prices and product choices, while also promoting employment and the advancement of social and economic welfare of South Africans.

It does this by implementing measures to increase market transparency, investigate and evaluate alleged anti-competitive conduct, and perform formal inquiries in respect of the general state of competition in a market.

Moreover, the Commission refers matters to the Competition Tribunal of South Africa, negotiating agreements with any regulatory authority to coordinate and harmonise the exercise of jurisdiction over competition matters within the relevant industry or sector.

It additionally seeks to ensure the consistent application of the principles of the competition act and report to the relevant minister concerning any provision that permits uncompetitive behaviour. 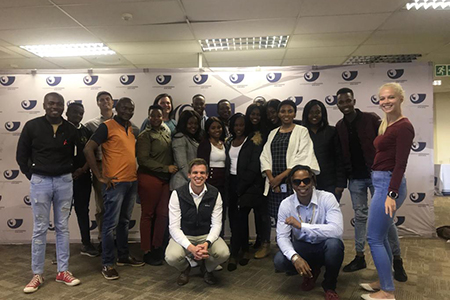