An undefeated season is something that any coach and player dreams of, but only a select group will be able to put that achievement against their name.

The under-21 rugby team of the North-West University’s (NWU’s) campus in Vanderbijlpark achieved this exceptional feat earlier the month after beating arch rival Brakpan 42-37 during the Peregrine League final.

The team impressed by achieving 12 consecutive wins, scoring 651 points in the process and only conceding 115 points. This in itself speaks volumes about the quality of the game played by the team.

“It's a very special group of players. They function like a close-knit family. The group's work ethic and confidence, in themselves and each other's abilities, are really something special,” says Dewald. 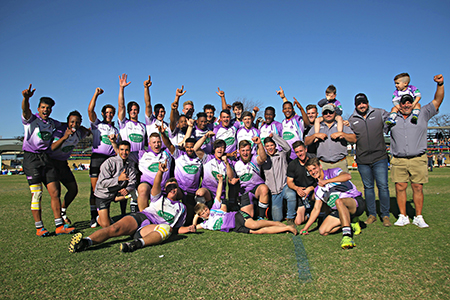 To the winners go the spoil. The under-21 rugby team after winning the Peregrine League final. Photo: Ettienne van Rensburg.