During the second congress of the BRICS Council of Exercise and Sports Science (BRICSCESS) recently held in Cape Town, the North-West University’s (NWU’s) Prof Hans de Ridder was named as the new president of this global organisation.

The purpose of BRICSCESS is to promote communication, interaction and cooperation among all academies, research institutes, universities, researchers and students in the field of exercise related to exercise and sports science in educational, scientific and research institutions for promoting health and wellness in these countries. In particular, BRICSCESS seeks to promote and facilitate communication among young researchers, future leaders and students in BRICS.

Prof De Ridder will only be the second president in the history of the organisation. He is currently the director of the School of Human Movement Sciences at the NWU and also a C1-rated researcher with the National Research Foundation of South Africa. The new secretary-general of BRICSCESS will be Prof Ricardo Uvinha from Brazil, replacing Prof De Ridder, who previously held this position.

BRICSCESS is the outcome of an idea first conceived during the 18th International Scientific Congress held in 2014 in Kazakhstan. Under the combined leadership of Prof Ming-Kai Chin from China, Prof De Ridder and Prof Ricardo Uvinha from Brazil, BRICSCESS was formally founded on 17 October 2015 during a meeting at the Manav Rachna International University in Delhi, India. The other two founder members are Prof Gulshan Khanna from India and Prof Maria Abulkhanova from Russia.

With regard to the future of BRICSCESS, Prof De Ridder has the following vision: “With the BRICS countries that account for 42% of the world’s population, it is extremely important that our organisation focuses on the importance of exercise and physical activity for the health status and total wellness of our BRICS nations.

“Even more important is the promotion of physical activity among our youth in the BRICS countries. Childhood obesity is of great concern to us, and we need to teach our children from a very young age to exercise, to eat healthy and to be healthy overall. They are our future, and if we fail our children, we have no future,” he said.

The 2021 BRICSCESS conference will be hosted by Prof Xiaozan Wang at the East China Normal University in Shanghai in China. 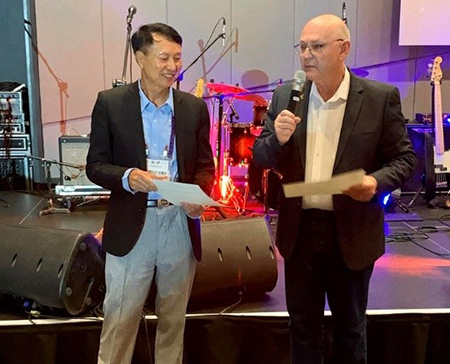